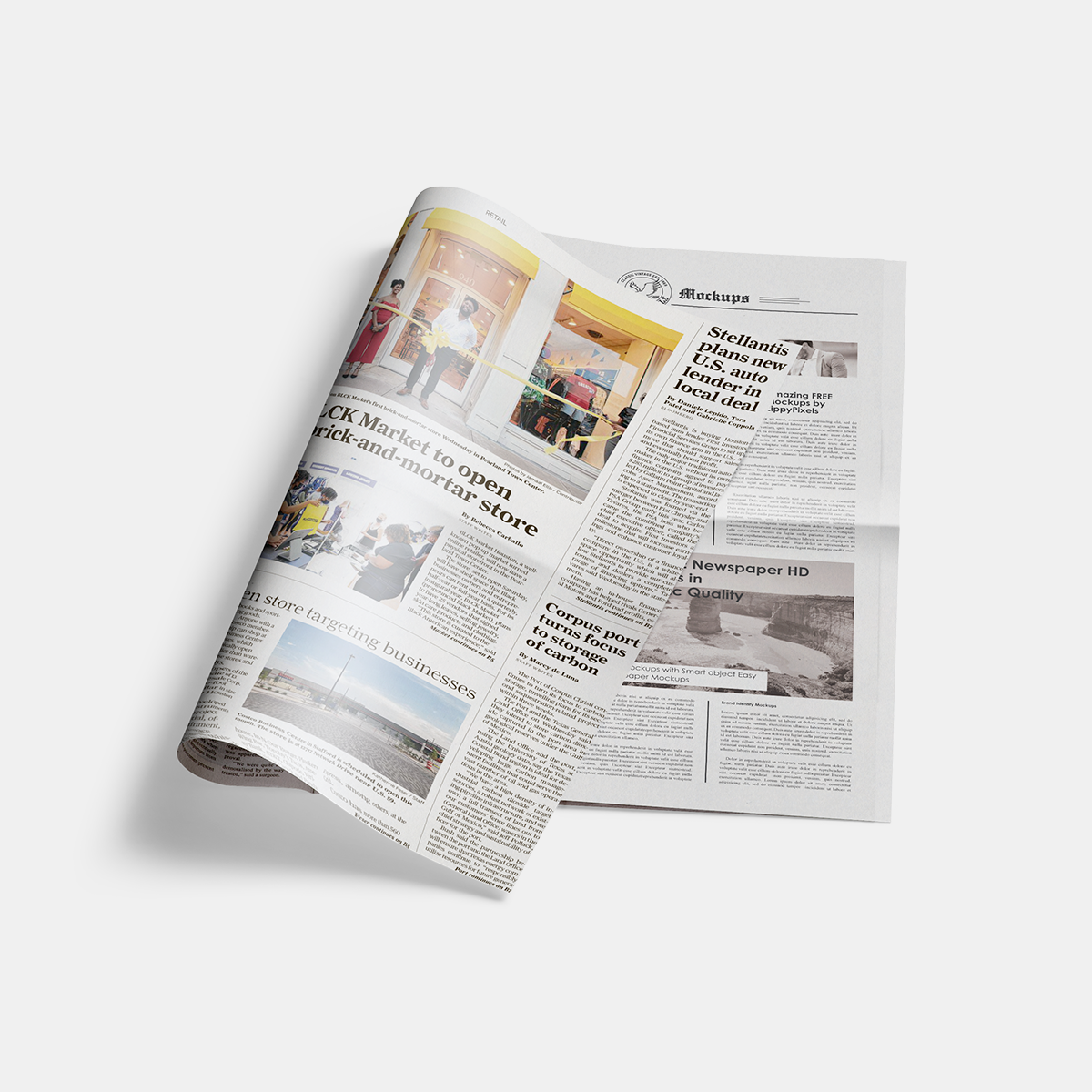 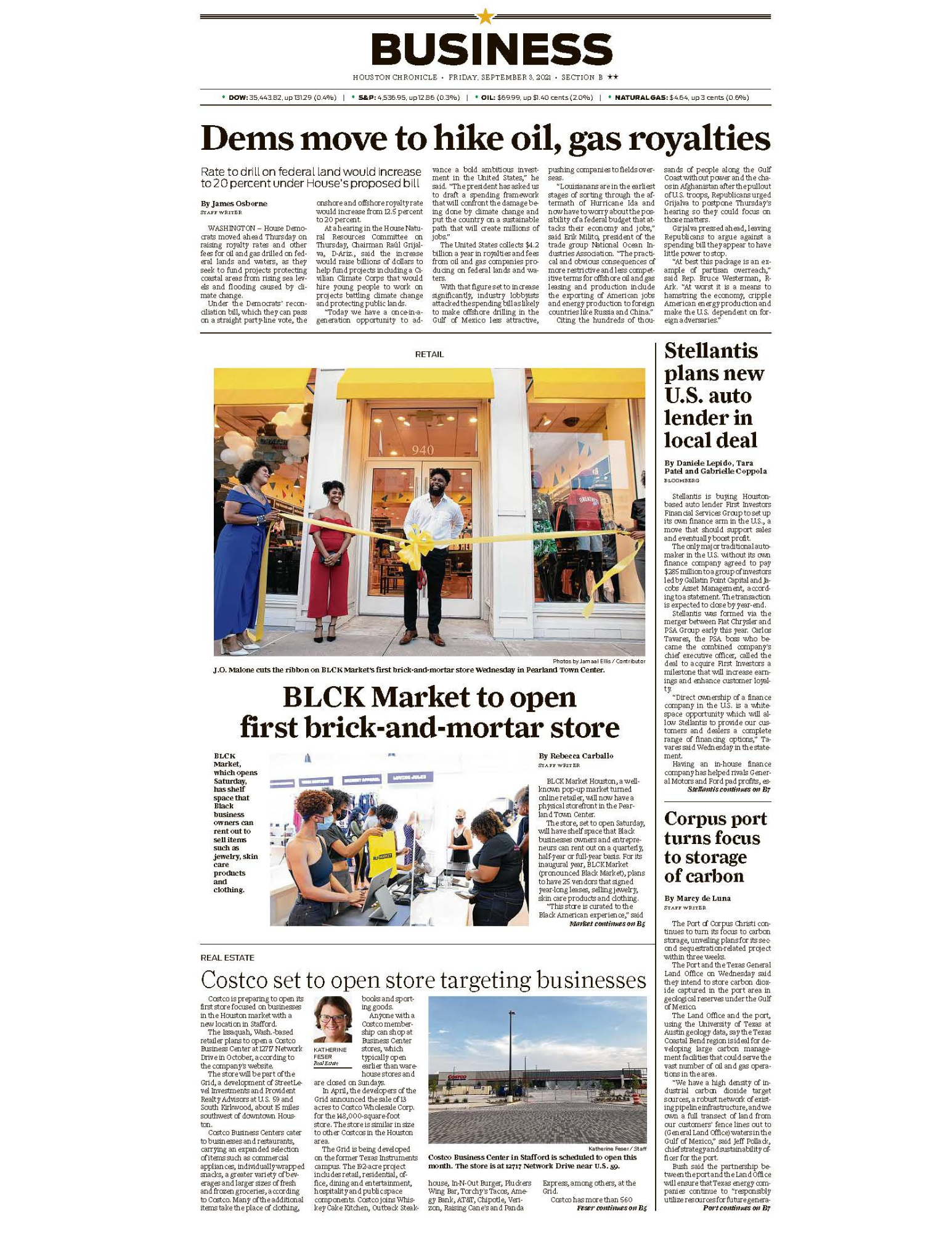 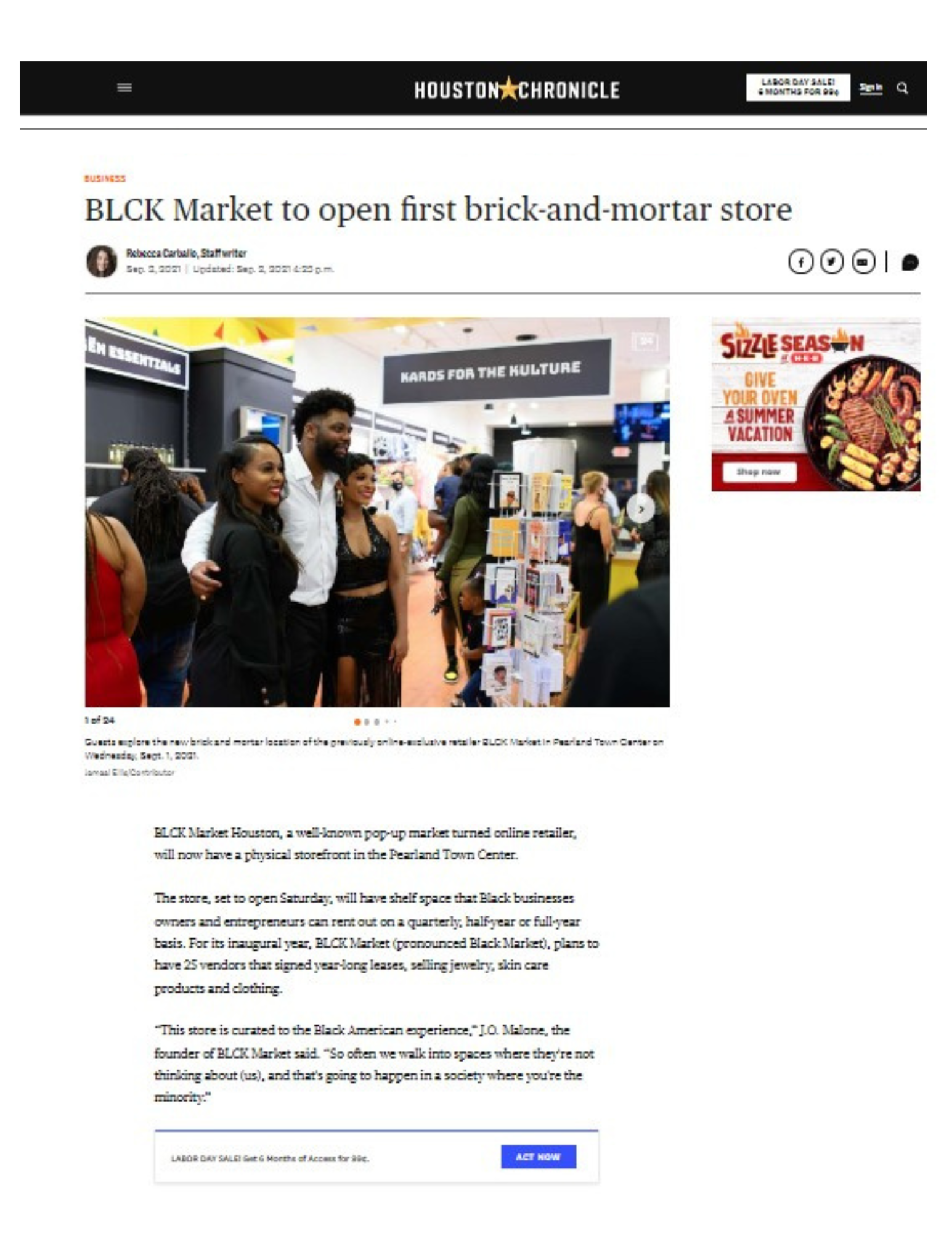 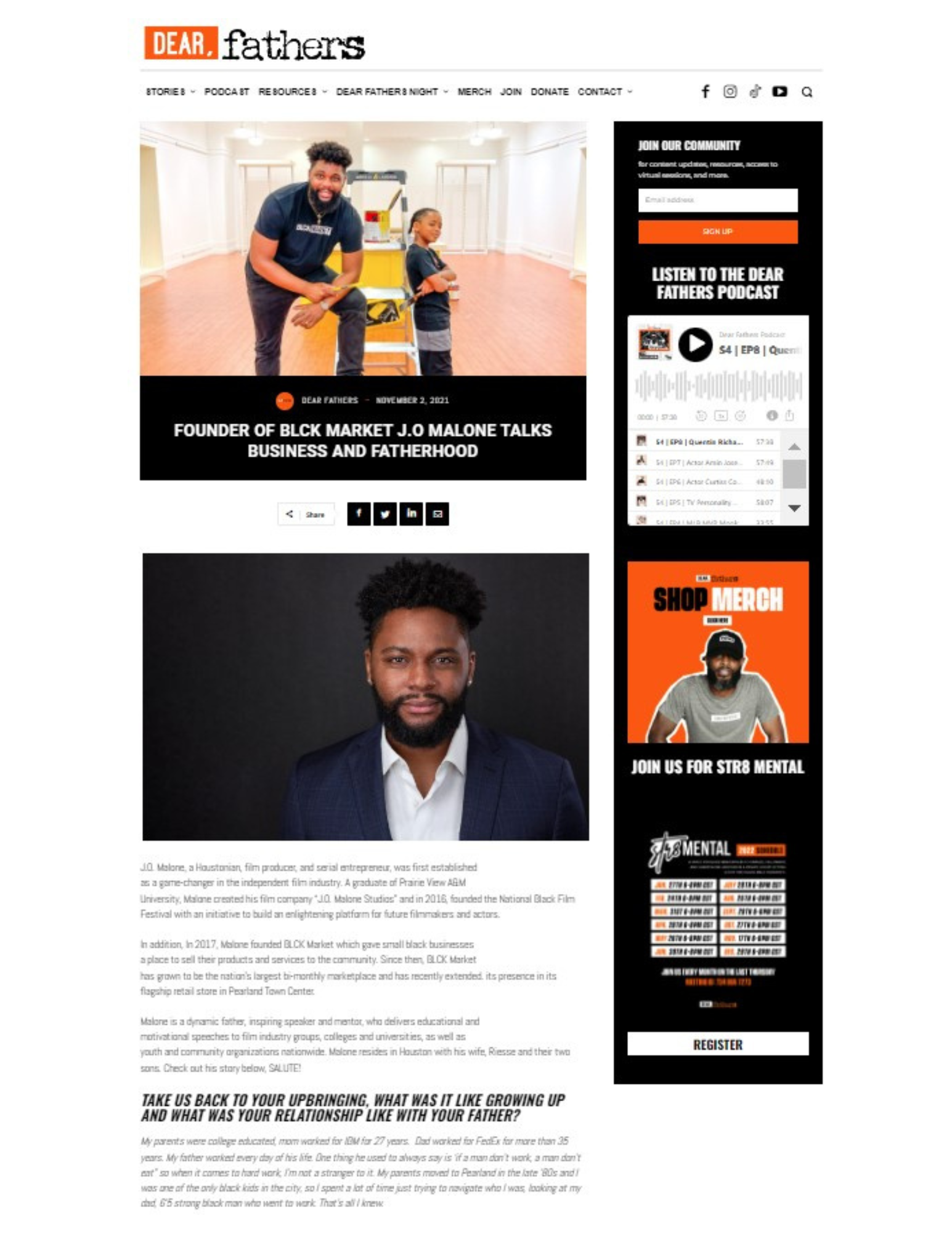 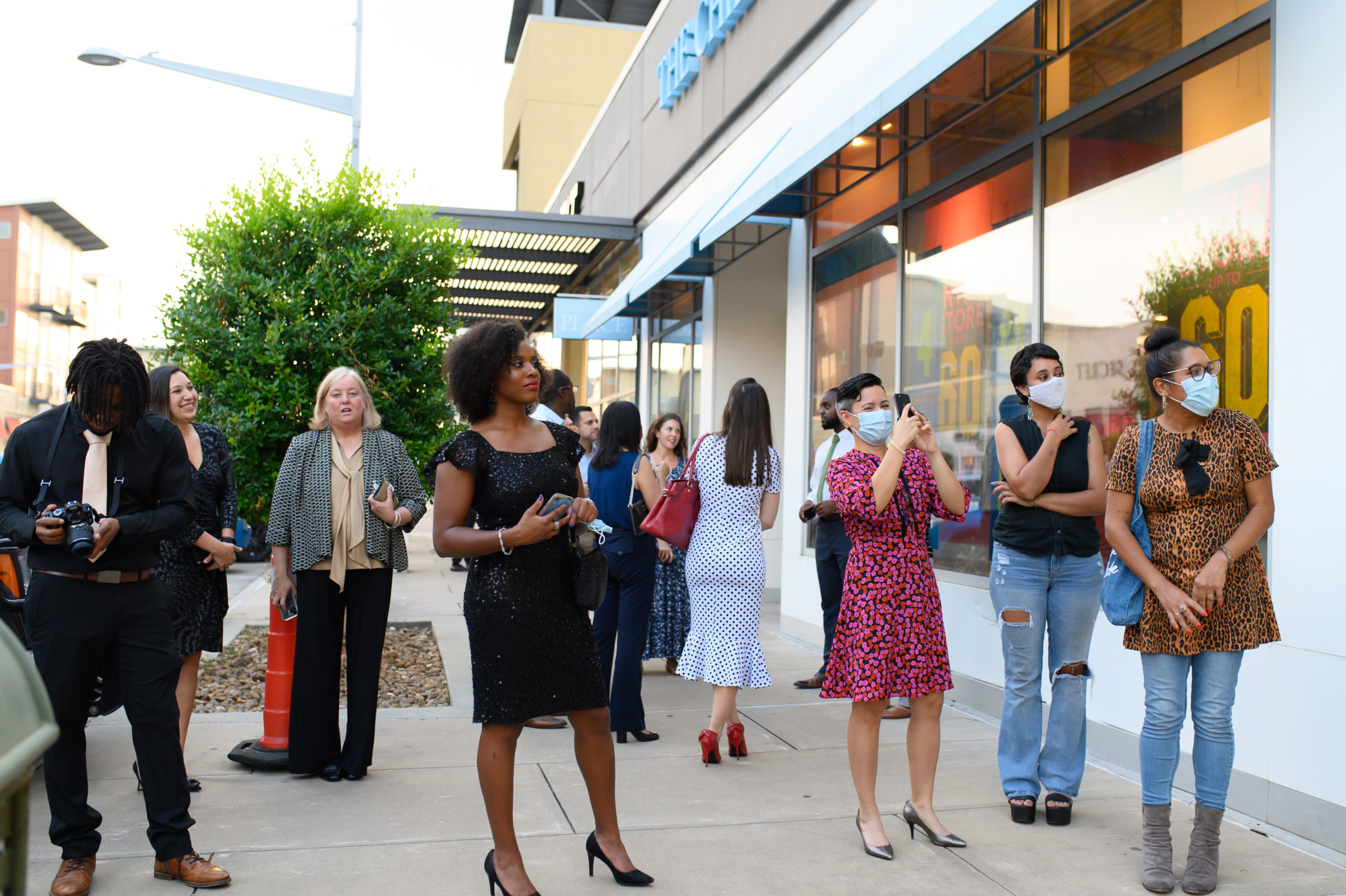 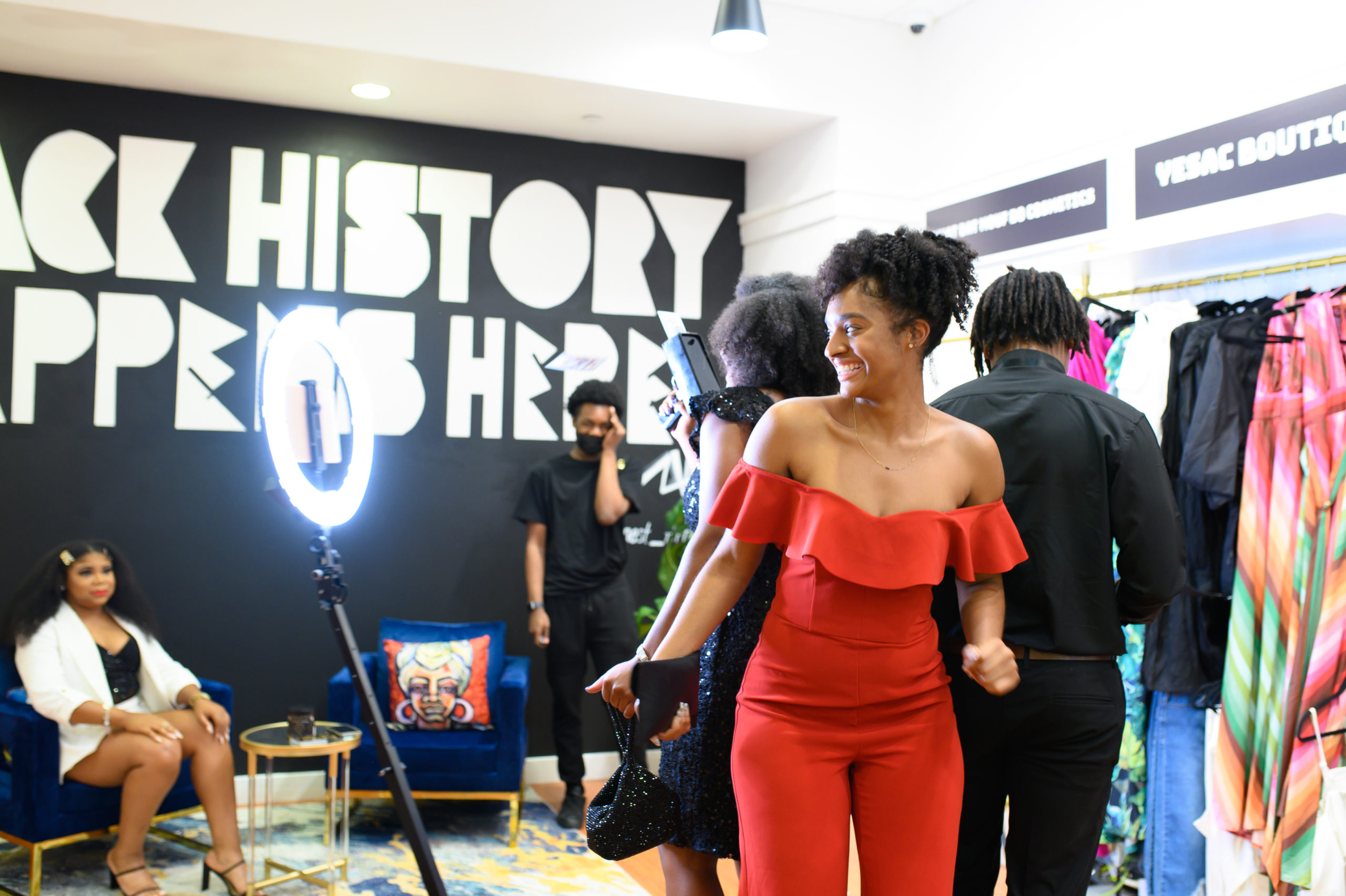 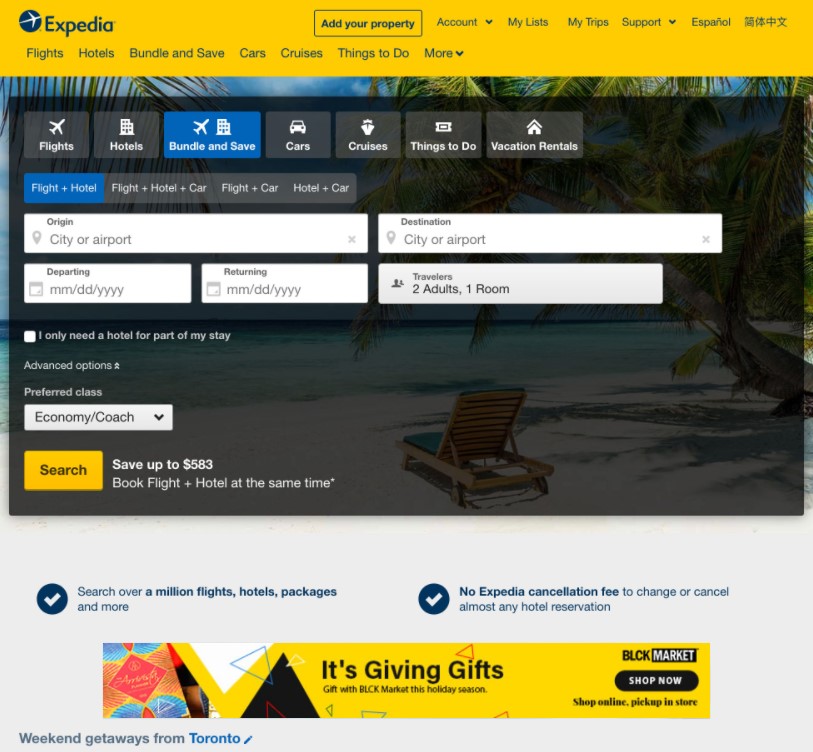 BLCK Market is a Houston-based, retail store and bi-weekly marketplace in which consumers can shop small black businesses, while enjoying food, music and entertainment.  CB Agency was hired to execute a marketing and PR strategy for the grand opening of BLCK Market’s new retail space, located in Pearland Town Center. Over the course of 3 months, CB Agency conceptualized and executed a lucrative ad campaign from design to market, a live radio remote promoting the grand opening and developed a PR strategy that gained the interest of media outlets and influencers throughout the Houston area. These efforts increased the brand’s Google search traffic by over 200% driving 82% more website visits and 19% increase in people asking for directions from Google. The work of the grand opening happened simultaneously to the J H-Town Weekend in which BLCK Market was one of the recipients awarded a grant by James Harden, for being a small business making a large impact on the city of Houston.

Post grand opening CB was responsible for on-going marketing and pr campaigns that sustained the business beyond launch. This included influencer marketing campaign, radio advertising written and produced by CB and digital ad campaigns on social media and programmatic display.